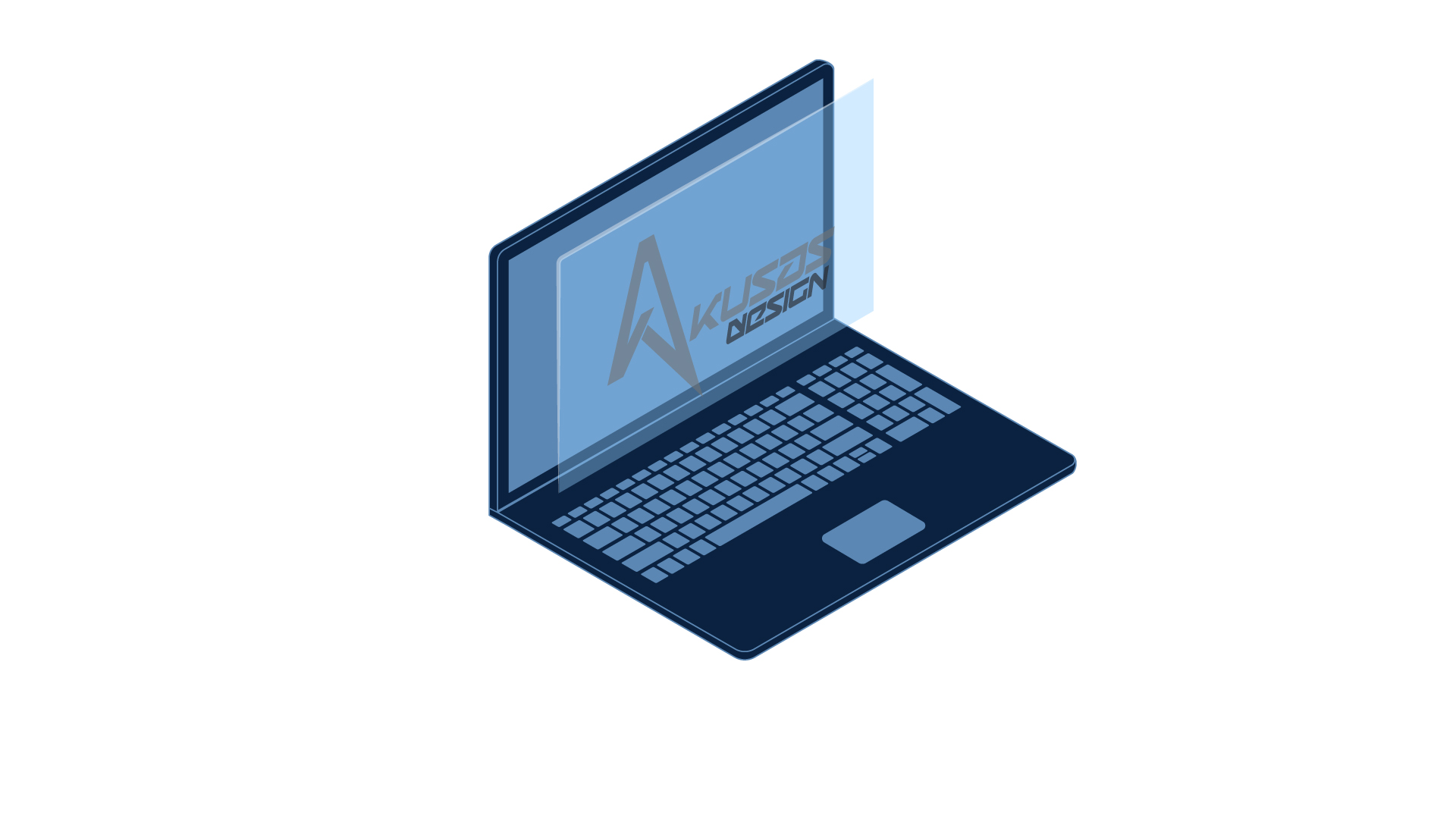 Alongside the design ideas that I have, then I also like to draw. As a little break from the design work that I have been doing the last few weeks, then I decided to create an isometric illustration.

Isometric is a view, in this case it helps create a 3D image out of a 2D object. The illustration I have created is a laptop to illustrate where I do all my work.

This illustration was done entirely in Adobe Illustrator, due to that I find it easier to draw in this program compared to for example Adobe Photoshop. It also wields the added extra that the illustration is vector based, if I were to use it in a different project later on.